During a name exercise we were playing one of the members I was speaking with got off topic and we began talking about our ideal morphed animal. We went through combinations that would create the ultimate animal, the sight of a hawk, the speed of a cheetah, and the strength of a shark. But what if the animal was simply created for joy. We came up with the combination of a fuzzy rabbit and the sticky fingers of a frog. After the conversation, I started thinking about strengths even in the weakest animals. By focusing on the strengths a perfect animal can be formed out of any combination. The idea of the rabbit and the frog is similar to many of the members’ experiences by focusing on the strengths the weaknesses disappear. 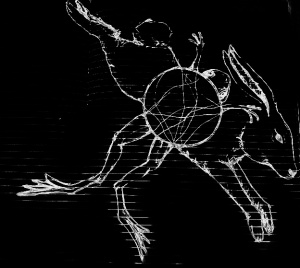